What in the world is a Neblidex? More than that, what is a Decentralized Trading Exchange? Well, as a Realtor and an IT person, these are left field questions. But, they are very relevant in the not so distant future.

In the coming years, you will begin to hear more and more about "Blockchain" technology. Blockchain technology is what digital currencies "run on top of", like Bitcoin. Without getting into all of the details, below is my attempt to answer the two questions above in the shortest and most succinct way. Here I go.

What is a Blockchain?

Blockchain is a set of files that when created are empty, like the blank piece of paper you might see in a physical ledger. Each ledger has its own columns and is formatted to record certain things. The same principle applies with a Blockchain, except this information is stored in a file digitally and cannot be changed once written.

For example, the General Ledger below has the Date, Description, Journal#, etc. As transactions take place, the next line gets filled in until the page is full. Once full, a new page is started with the same set of columns. In the digital world, the page would equal the "block" and the subsequent blocks would form a "Blockchain". Bitcoin uses this technology.

These "files" are stored "decentralized" meaning no one computer owns these files. Every block of every chain is stored on every computer that participate in the network. You may have heard of "mining" Bitcoin. These "miners" are doing the "work" for the ledger.

BaaS aka "Blockchain as a Service" is an easy way for companies, developers, and entrepreneurs to create their own applications on top of a blockchain. Just think back to when the internet came about and there were tons of folks trying to get you to use their dial-up service so you could get on the internet. This is the same concept.

It's not easy for developers that write applications and at the same time know how to code against a blockchain. These BaaS platforms are built to allow the developers to use the common programming languages they already know to build their apps. The idea is to allow for mass adoption this way.

Why so many different blockchains and digital currencies?

This is the Wild West of the 21st Century. The technology and business world see the real potential to revolutionize the world and how we transact. Therefore, with so much opportunity there is this rush to be first and "win". Today, there is Amazon, Google, Facebook which have beaten their competition and what much of the world uses today to do business on. Just think of a race to create a "new internet".

The apps that you use today run on centralized servers at Google, Facebook, and Amazon. The bank you use runs on a private server network. All of this could potentially run on blockchain technology underneath the hood. What you will see is more marketing that will sell you on the security, speed, and privacy of the blockchain. What blockchain that will be ultimately? That has yet to be determined but it will most likely run on the BaaS platforms.

What trading Exchange can I buy digital currencies on?

Currently, in order for folks to convert their native "fiat" currency (like the US Dollar) into a digital currently (like Bitcoin or Ethereum) they must use a centralized 3rd party exchange. This is inherently risky at this time but is currently the only way to do it. Companies like Coinbase, Binance, Spectrum, etc all have "digital wallets". Coinbase will convert your USD into BTC for you, for example. If you sent them $1000 through a ACH withdrawal or credit card to buy Bitcoin, you will now own $1000 of BTC, which is about a tenth of a Bitcoin currently. That is another thing about digital currency, it is divisible.

So, you now have your money in a digital wallet. It sits there on their servers. You have the option of transferring from their digital wallet to your wallet on your PC. I won't go into details but just know you can take your Bitcoin or whatever currency you invest in and transfer it into your possession. You become the holder of your currency digitally on your computer. Just like if you would transfer money from one bank to another. It's a little odd, and takes some learning to do it digitally to yourself in the beginning, but I highly recommend it for security reasons. These exchanges have been known to have issues, like getting hacked! I use Binance to do the trading because of the volume and the currency I invest in, which currently is Neblio. I then transfer the Neblio to my computer at home.

Neblidex is a Decentralized Exchange for trading digitial currencies. This eliminates the 3rd Party.

The underlying technology is the blockchain, not centralized servers owned by some company. Specifically, Neblidex has chosen a new Blockchain as a Service platform (Neblio) to build their exchange on. Why? Well Neblio is a brand new BaaS that solves many of the issues that other BaaS platforms have at this time. It is a very promising blockchain and run by a great team of developers. They are US based and have Fortune 500 pedigrees. There are some key technological advantages to Neblio that I won't get into here but just know it is very promising. Neblio has had zero marketing and is already in the top 100 of digital currencies. The team has been under promising and over delivering.

Blockchain and Digital Currency is the Wild West of our day that could transform entire economies and is very risky. However, if you have the pioneer spirit, this might be worth the time and risk to get involved very early on. Its technical and will require some education. This particular post is about Neblidex and its potential to compete in the Decentralized Exchange space because of the unique underlying Neblio blockchain.

March 1st you can participate and help out the developers to raise some funds to complete the project. They are selling a new digital token with the symbol NDEX for $0.005. Wow! Fifty bucks can get you 10,000 tokens. Since they are only issuing 99 million tokens, that $50 has the potential to be worth millions. I am in no way suggesting this will happen for sure but even if the token becomes worth $10, you've made $100,000.

No information in this blog post should be taken as 100% accurate. I am an IT person and a Realtor and this is just my opinion. Again, I am not a financial adviser.

Check back soon
Once posts are published, you’ll see them here.

What is a "Resale Certificate"?

The difference between an agent and a Realtor 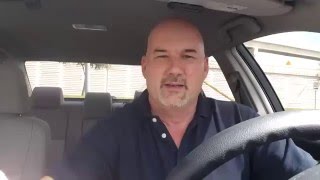